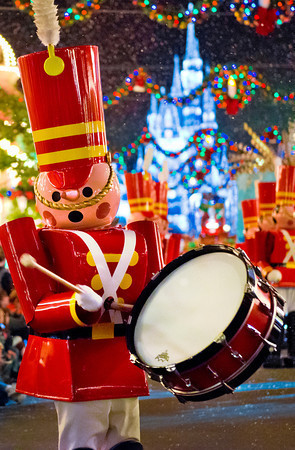 Does anyone do a Christmas Parade better than Disney?

Though we were standing in a ‘desert’ land, Los Angeles, and even if it was a little chilly, we weren’t quite ready for what we were to experience.

The ‘heavens’ opened and we starting to be showered with tiny white snowflakes that fluttered gently down over the whole of Main Street, Disneyland….and, you won’t believe it, the flakes filled the air with the familiar, memory-evoking fragrance of spiced cookies!

And then came the fireworks, flashing over Snow White’s Castle, the occasional shooting star coming out of nowhere and streaming across the night canvas, making us wish we could just stay here forever. Genius!  (Here I would insert the words :Ohhh Emmm Geee, but I would receive an outcry from certain relatives and descendants were I to do that, so I won’t.) 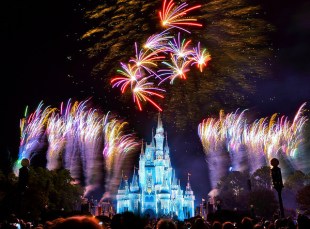 Had I EVER seen such a magnificent display of light and music and beauty all in one? Rare, I tell you!  Even the legendary show of Sydney Harbour on a New Year’s Eve was not a match for this,(argh! Sacrilege!) I think it was the skilled and experienced marriage of music and memory in a masterful stroke which now brought corporate reflection, its inspiration literally thrilling the crowd.  We stood, transfixed.  And we reminded ourselves to remember this Disney miracle!

I sat down to spend some time with the Saviour this morning, in a quiet house of Sleeping Beauties (I’m staying at my daughter’s LA apartment and of course this is an hour on a Saturday when no man or woman should be up and roaming the streets, after all it’s only 9am). Not even a mouse was stirring.  (Sorry, a Christmas metaphor. We don’t have mice.)

And there….Lo and Behold (to use some fine Christmas language…)  There, in my trusty devotional from the legendary Billy Graham, was written the reason for my focus and subsequent elated response to the Presence of Jesus, which was now so, well… palpable. Yep, could actually feel it…

His presence.  With me.  On a quiet Saturday morning. No fireworks. No pretty, smelly snowflakes.  Just me.  And Him.

“God – you’re my God! I can’t get enough of you! I’ve worked up such hunger and thirst for God, travelling across dry and weary deserts. So here I am in the place of worship, eyes open, drinking in your strength and glory. In your generous love I am really living at last!”

And I thought….although I was moved to my bootstraps (sorry, my sandal straps) last night at Disneyland, and though I felt like I could fly like a Tinkerbell given a couple of lessons, or soar like Peter (Pan, not Cephas) because I felt so high and free….it was a release of emotion and memory and all the things that Disney is so very clever at bringing out in me.  It wasn’t until this morning when I sat and read Truth in the Bible that I realised something.

Emotion, feeling, happiness and great memory can all give me a lovely feeling that washes over me in touchy-feely loveliness, and that’s just great…..But it really is Truth that brings my spirit into play with my soul. That’s the eternal part of me.

Lovely and inspirational as it is, it is simply not the Eternal Message of Christmas itself …

Imagine, if you will, poorly clothed and under-educated men called shepherds, diligently minding a ragtag bunch of animals on the side of a Judean Hill in the First Century….The sky fills with supernatural beings who chorus in songs that have such a Heavenly lilt and pitch to them that it is clearly out of this world. And lights – more stars and light than they have ever ever seen, bringing to the unpretentious hearts of down-to-earth men the most brilliant Hope. Their hearts sink and soar at once, and they feel the whole ball and dice of emotion in a second. And Heaven’s glow washes them, inspires them and scares them out of their wits…all at the same time, as it comes to earth in a blaze of Glory.

Now that’s something, don’t you think?

Not that Disney is not. Something, I mean.  And I sincerely thank you, Walt, for inspiring and leading a movement (struggled with that word, but surely Disney is not just a ‘company’) that encourages people to ‘believe again’.  We honour you and thank you. Don’t want to denigrate what you’re doing to inspire yet again a generation.  You’re brilliant!

But let’s not think it’s a match for what has already visited our planet.  It’s not to be compared with what continues to be celebrated across the nations and peoples of our world every year at this time.  It’s not to be substituted for the Christmas Story that comes to us from long ago, remaining as an inspiration for all who will turn and take a look…

It won’t smell of spiced cookies, but it will change you. The lights won’t be manufactured, but will be a reflection of the Heavenly Host that was created so long ago. The sound will be from the heart of One who cares for you alone, even on a quiet Saturday morning in your lonely house. Because, He cares.  Deeply.

Love the Disney experience!   But, if you will, embrace the Jesus story. Find out about His heart for you that is Forever. Remember, there is a Story that is everlasting, ‘magical’ and amazing…we hear about it each Christmas, but it’s real and it’s ready to bring Heaven to us on Earth. Can you hear it? 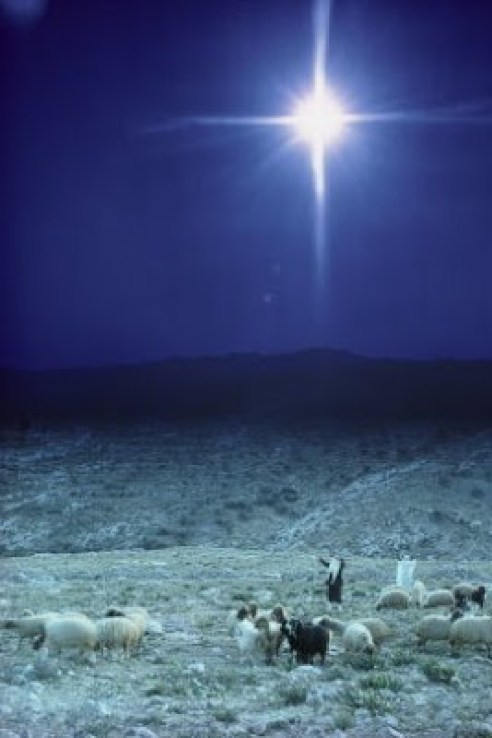